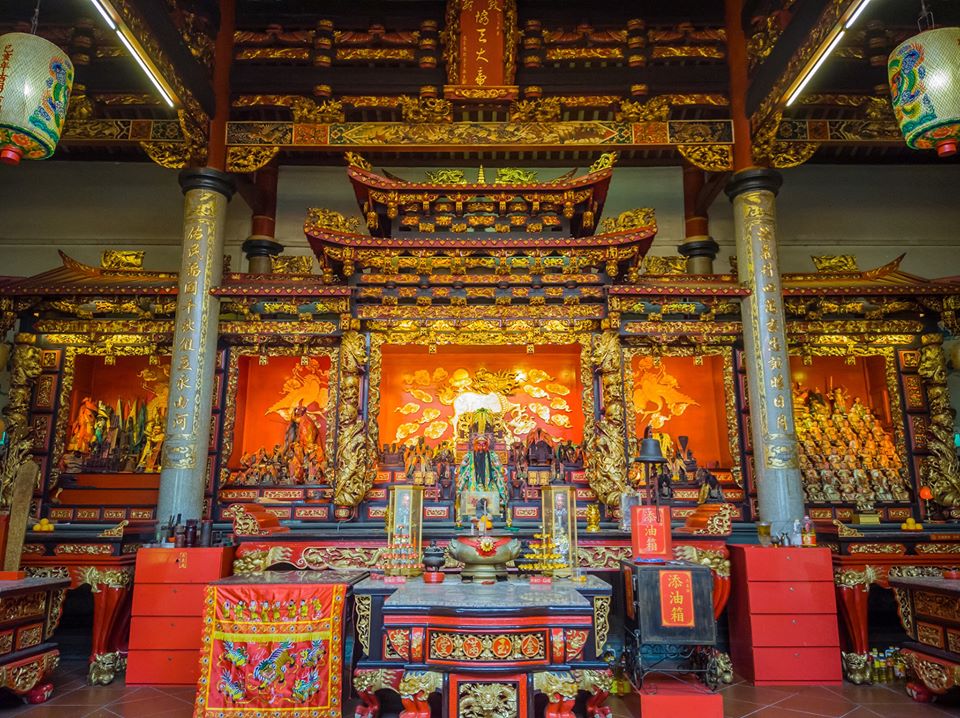 Thursday evening. Uncle Lee, temple volunteer and custodian, stood at the threshold of the quiet Taoist temple, watching the rain fall lightly as the sun set.

He checked his watch. 7:25 pm. The temple was closing early tonight. Time to ask its only visitor to leave – a young lady with a bandaged left shoulder, who had walked in earlier to admire its splendid architecture and decor.

Oh, but this was a beautiful temple! Uncle Lee smiled with pride as he gazed at the immense stone dragon pillars, two storeys tall; not to mention the dragon panel, hand-carved by masters out of black marble; all shipped into Singapore from China at great expense. The young lady was very impressed, too, when he pointed them out to her.

“I’m afraid I don’t know much about Taoism,” the young lady remarked as Uncle Lee escorted her to the main entrance. “May I ask Whom this temple is dedicated to?”

“This is a Guan Gong temple!” Uncle Lee beamed. “Pray to Him and He will protect you. You are safe with Guan Gong. He is loyal and righteous, a peerless Warrior!”

In the Spirit realm, there is a purpose and a season to everything that happens. My Goddess Guan Yin had told me to seek an audience with Guan Gong, and I knew exactly where She wanted me to go.

As I rushed home to change into my green dress, I smiled at how the pieces were all fitting together – how I’d felt so strangely drawn to the Taoist temple some weeks earlier, and how surprised I’d been to discover that this temple was the domain of Guan Gong Himself. 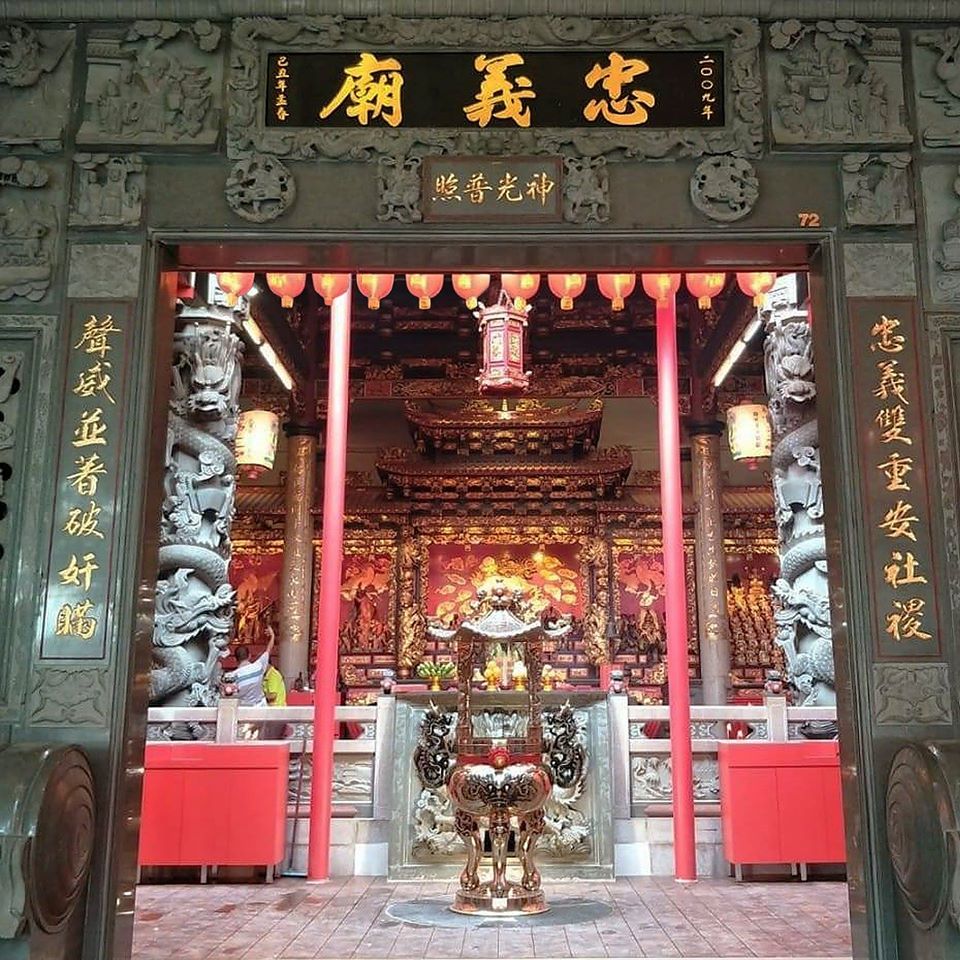 As I mentioned earlier, I’m not allowed to work with the Taoist pantheon. So I know next to nothing about Taoist rituals, or the appropriate way to request an audience with a Taoist Divinity. But one thing I know about All Who serve the Highest Light: They always respond to the prayer of a sincere heart.

I stood alone in the sanctuary, closed my eyes and bowed my head, and asked to speak with Guan Gong.

I heard the dragon first. A long, slow swish of a languid serpentine tail. A deep, guttural rumble, like the leisurely purr of a gigantic cat.

I opened my eyes in Spirit. The dragon was huge – It filled up the entire sanctuary, and was watching me intently. Standing between that enormous dragon’s head and me was the God of War Himself, Guan Gong.

Guan Gong was tall – even taller than I remembered from our first encounter, and dressed in green warrior’s robes. Yet His eyes, though burning with Divine fire, held no anger. He looked stern, but also compassionate, and honourable.

I replied: “I am here to apologise for offending you three months ago. Today, the Goddess sends me to You. She says, what You have started, to let You finish it.”

“What I have promised, I shall fulfil.”

The healing began. Guan Gong placed a hand on my injured shoulder and started chanting quietly in a beautiful Light language. The green dragon majestically arose, shimmering like a rainbow, hovering over us and sending me healing energy.

The dragon looked very pleased with my green dress, and I realised why the Goddess had requested that specific garment. By wearing green, I signalled not only my intention to apologise and receive healing, but also to reconcile.

In the ancient days of China, armies were colour-coded; it was the easiest way to recognise a fellow soldier in the heat of battle. Guan Gong, the green dragon, and I are brothers and sisters in arms, enlisted in the same Divine Army. I may not be working directly with the Taoist pantheon, and perhaps I never will. But we are still serving the Light together.

Though we are many, we are One.

The healing concluded; I thanked Them profusely and offered incense with gratitude. Guan Gong blessed me as we parted; the green dragon grinned.

I bowed in deep respect, and stepped out of the cool temple sanctuary into the warm afternoon sunshine.

Then I realised: my shoulder wasn’t hurting anymore.

That was many months ago, and since then, my shoulder has been fine. I stopped the painkillers and muscle relaxants that same day. That night, I could sleep on my left. (Once, my left shoulder twinged slightly for a few seconds when an earthbound spirit turned up during a mediumship reading, but the mild ache disappeared just as quickly. And that’s all.)

But Who was the green dragon? Finally, a Google search gave me the answer:

Legend has it that the blacksmith who was tasked to forge a weapon for the great Guan Yu (Guan Gong’s name in His human incarnation) was skilled in the magickal arts. To enhance the lethal prowess of this weapon, he incorporated the soul of a green dragon into the blade. This weapon was named the Green Dragon Crescent Moon Blade, or 靑龙偃月刀 (Qīng lóng yǎnyuèdāo).

The green dragon was the weapon that had injured my shoulder all those months ago… and was also the Divine Being that helped to heal me.

That’s the end of my story. Here’s a bonus for you: