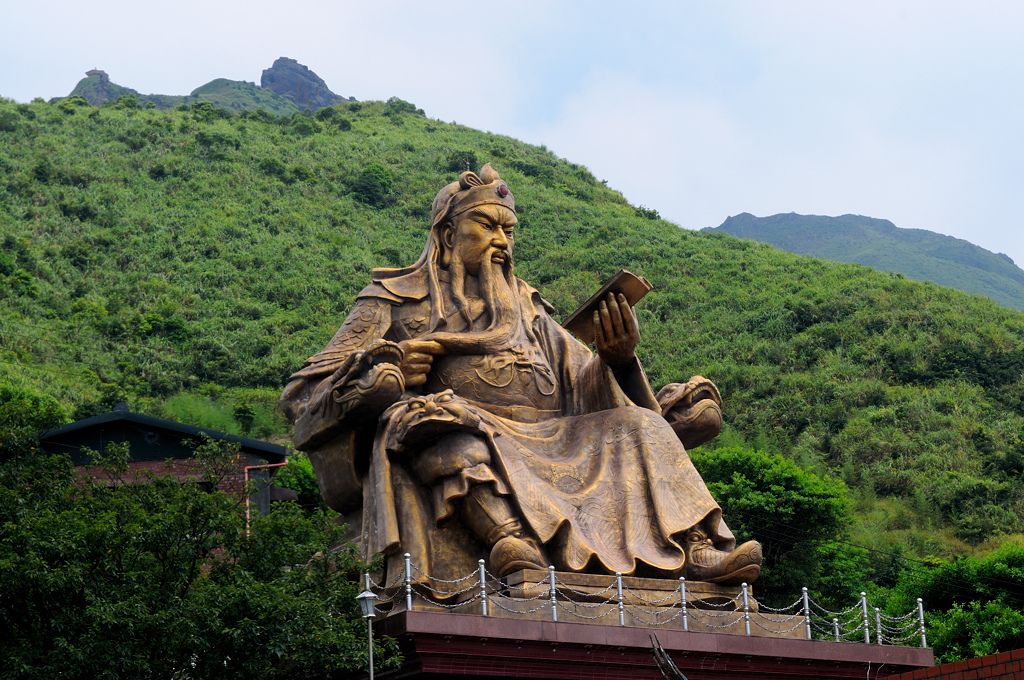 My Run-In With A Warrior God, Part 1

Before I start this story, you need to know the backstory. In a nutshell: soon after I was called by the Goddess Guan Yin to serve Her as priestess on 11 January 2018, I was very specifically instructed not to work with the Taoist pantheon. Nothing wrong with Them or with me – just no working together for now, and not unless/until She reversed Her decree.

We took the Goddess’s instruction to heart, and fully obeyed it.

I’ve never really resonated with the Taoist pantheon of Gods, Goddesses, Ascended Masters, and elemental Spirits – I’m not familiar with Them (this is important) – so it didn’t make much of a difference to me.

(And that’s a story for another day.)

It all began, as these run-ins tend to, with a typical day at (Light)work. Yvette*, a long-time client, was discovering an exciting new path in her Spirituality; she wished to begin this new cycle on a clean slate, and I was engaged to assist her.

Part of Yvette’s plan was to devote herself and her family to the Goddess Guan Yin. This required her to participate in a prayer ritual that would formally conclude any previous contracts with other Spirit Guardians. This was Yvette’s freewill choice, and I was happy to help.

The sacred space had been created. The Archangels Michael, Uriel, Gabriel, and Raphael watched over Yvette and me from Their respective stations, standing guard at each corner of the room where we conducted our ritual. From a distance, I saw the pure, glimmering violet-gold-white Light of my principal divinity, Guan Yin, the Goddess of Mercy. Ever the Compassionate One, She was watching over us with Divine Love.

Guan Yin smiled at me; I smiled back.

I love You so much, I said to Her in my spirit.

She smiled back, and replied with one word. Daughter.

My heart flooded with joy.

The ritual was progressing smoothly. I had just finished leading Yvette in a prayer to dissolve all ties with previous Spirit Guardians – when suddenly, I was interrupted.

Being clairvoyant, I can see Spirit. What I saw next stunned me.

A well-built, crimson-faced figure dressed in green Chinese warrior’s robes charged into the sacred space I had painstakingly created earlier. He literally stormed in, furiously tearing through the protective grids of Light using the sheer force of His own energy fields.

Our eyes met, and locked. A stare-down.

I looked to Guan Yin. She was gone. The Archangels stood in complete silence, looking at me. My heart started racing. I didn’t know Who this Spirit was – only that He was powerful, He served the Highest Light, and He was seriously angry.

My mind went blank; I didn’t know what to do except to continue the ritual. My heart sank as I realised that ignoring Him was only going to make Him angrier. He tore up my energy grids with ease; He could hurt me badly.

Thankfully, Yvette had no idea what was going on.

We continued. He shouted at me –

“Who are you? What are you doing?”

I looked away, hoping desperately that He would leave me alone. I knew I was making a big mistake but didn’t know how to rectify it –

I concluded the prayer –

Roaring in rage, the red-faced Spirit stepped forward. He brandished his weapon, a huge, menacing sabre blade welded to a stout rod…

And sliced right through the left shoulder region of my aura.

It stung like fire – like ice – like poison – like death. Words cannot describe that blow. I’d been attacked by demons, earthbound ghosts, and elemental spirits before, but this was absolutely the worst hit I’d ever taken.

All this happened in seconds. Physically, I sat upright – pale, still, breathless. In Spirit, I was paralysed in pain as He raised his blade for a final strike…

It was the voice of Michael.

The four Archangels rushed into the fray and surrounded the red-faced Spirit, slowly but surely escorting Him out of the sacred space as Michael spoke to Him in soothing tones. He replied angrily; this carried on briefly as They continued to escort Him away from Yvette and me.

The Healer Archangel Raphael deliberately stood in front of the red-faced Being and blocked me from His sight. Raphael then turned to me with a wink and a smile, but His eyes were serious: We’ll handle Him. Finish up quickly, please.

After the prayer, I asked Yvette: “Are you familiar with a red-faced Spirit, by any means…?”

“Oh!” Yvette replied happily. “That was Guan Gong you saw. I should’ve told you earlier that my father invited Guan Gong to be my family’s protector and guardian deity many years ago.”

Ohhh man. I groaned inwardly. Guan Gong, Taoist Warrior God. Protector and principal Deity of police officers in Chinese-speaking Asia (ironically, He is also a favourite Divinity of gangs, triads, and criminal organisations). Known for His fiery temper, loyalty to His people, and prowess in battle. I knew about Him, but couldn’t identify Him because I wasn’t familiar with the Taoist pantheon. And of all the Spirits to offend, I’d gotten in trouble with THIS guy.

We finished; I left. Yvette was comforted and excited at the prospect of a new journey with the Goddess, and I was happy for her.