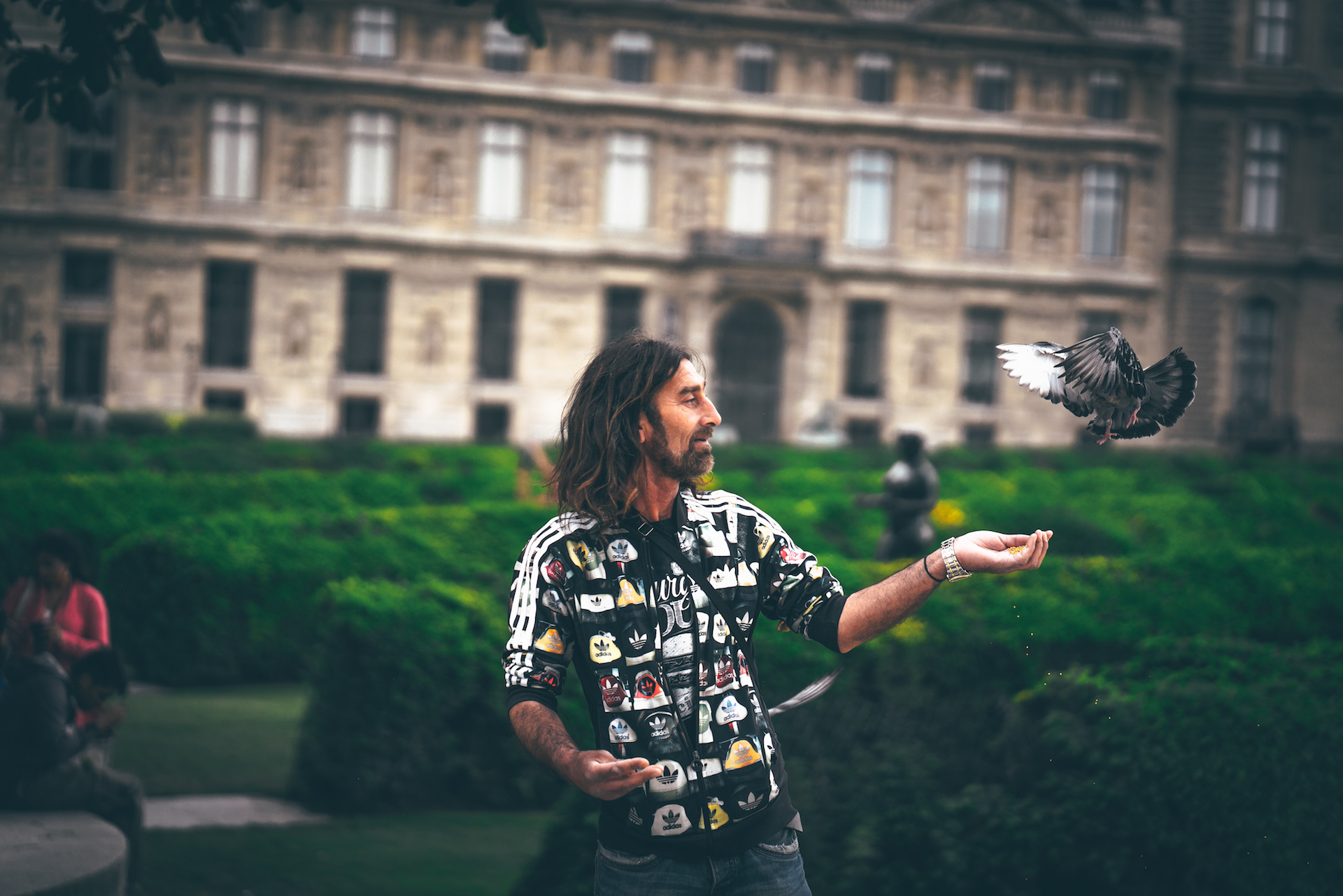 We can’t keep birds from flying over our heads, but building nests in our hair…?

By kellylightworker September 14, 2016 No Comments

Sherlyn was crying so hard, her body was shaking. A young and beautiful expatriate, she had arrived in Singapore ten years ago and fallen in love with a colleague, Marcus.

Unfortunately, Marcus was married. Sherlyn was faced with a decision to make: either leave Marcus, which possibly entailed leaving her company and starting all over again elsewhere, or staying with Marcus in the shadows – the other woman.

Sherlyn chose the latter. Her reward: glimmers of happiness in a dark, tumultuous decade of secrets, tears, and loneliness. Being beaten and humiliated in public by the wife one nightmarish Sunday, some years ago. Frequent and painful break-ups, followed by excruciating reconciliations. Malicious office gossip and subsequent career setbacks.

“Things just fell into place. He was always there when I needed him, but never to the extent that I wanted him in my life. And now, I have nothing to show for it. Ten years of my life. Gone. Just like that.”

They’d just had another quarrel over the same old topic: whether Marcus was going to divorce his wife and marry Sherlyn.

“He says he doesn’t love her, and she treats him badly. Why won’t he leave? What can I do to make him divorce her?”

– You can’t make a man leave his wife if he doesn’t want to, Sherlyn.

“Then why is he still with me? Can’t he see how much he is hurting me – hurting us – by not ending his marriage?”

– Because it’s human nature not to rock the boat if we’re getting what we want. He has a respectable marriage for public display, and a secret lover to run to when his wife annoys him. For some men, that’s pretty much the best of both worlds. And even if he realises that his decisions are causing hurt, so long as his interests are not directly affected, he’s probably not going to budge.

As I replied, a card fell out the Tarot deck I’d been shuffling absently. I turned it over: Four of Pentacles. Depicting a well-dressed man holding tightly onto four large coins, the Four of Pentacles is traditionally known as the Miser’s Card, or as I call him in a love reading, The Stage Five Clinger.

– Sherlyn, you’ve been clinging on for ten years to a man who has shown no interest in changing his life for you. What makes you continue to hold on so tenaciously?

“Well, as you mentioned earlier, I’m all alone in Singapore. I suppose it’s my loneliness that pulls me back into this mess. It’s been ten years but I haven’t made many friends, partly because I wasted so much time and energy on my relationship with Marcus. Also, I feel that he understands me… during the good times at least. He was the first friend I made when I moved here. Things just fell into place. Now I wish they never did.”

Sherlyn sipped her chamomile tea. Her hands were shaking. I pitied her from the bottom of my heart, but I could only light the way ahead for her in this dark and difficult journey. Ultimately, Sherlyn’s decisions were hers to make.

She shut her eyes tightly and exhaled with a shudder.

“My parents are getting old. Perhaps it’s time to return to my home country and take care of them.”

The consultation was over. Sherlyn got up and adjusted her dress, then looked at me.

“You know, Kelly, I’ve always believed in going with the flow, following my heart, all those feel-good, self-empowerment mantras. After what you’ve told me, I’m beginning to realise that I can go with the flow and follow my heart and all that, but I still need to use my brain and moral compass. Or else I cause myself nothing but pain.”

– That’s true, Sherlyn. The Universe is kind, Spirit loves you, and we co-build our destinies. But we’re also bound by Spiritual Laws such as Karma, and in whatever we do it’s best to follow the Golden Rule: do unto others what you want done to you, and refrain from doing to others what you don’t want done to you. Even if you’d married Marcus, who’s to say he won’t get another mistress?

Sherlyn shook her head firmly. “I wouldn’t accept that at all… I’d go crazy. I’m almost there already!”

“I need some insight. She left me just like that. And now she’s with another man. Should I still try to reconnect with her?”

Philip had been sent to Denmark some months ago on a three-year overseas work assignment. Due to various commitments, his wife couldn’t go with him. Stressed and lonely in Copenhagen, Philip had an affair.

“I told myself this was just a fling, nothing serious. Things just fell into place. I had no idea she would leave first, or that it would hurt me so badly.

“I have no intention of leaving my wife or telling her anything about this. I love my wife; I miss her so much. And I know deep down there’s no point running after my lover. I just need closure.”

Philip had played with fire and gotten badly burnt. He’d learnt the hard way that relationships are seldom what they seem, and that the human heart is impossible to comprehend. One glimmer of hope in this otherwise bleak situation was that Philip was determined not to let it happen again.

A Spirit Guide came through for Philip with a message of love, and advice to let go of the past. The root cause of Philip’s choices – and his subsequent suffering – was a heart that could not stand solitude; a profound loneliness that pierced to the depths of his soul.

Philip texted me later to tell me that he felt lighter after the reading, and that he was going to take action to deal with the loneliness within him that made him vulnerable to temptation and hurt. I said a prayer for him; I know that Spirit is watching over him and he’s going to be okay.

It’s sad, but true: men don’t receive the same amount of emotional support and validation that women do. Men are assumed to be stronger, taught to “toughen up”, encouraged to detach from their emotions. Which is why when things fall into place and a happily married man like Philip wakes up one day with another woman in his bed, it’s hard to walk away.

So many marriages (and especially men) would be healed, so deeply and powerfully, if we choose to acknowledge our vulnerabilities; working on them with the loving assistance of Spirit and of our fellow human beings. That would be wonderful. 🙂

The saying goes, “You can’t keep birds from flying over your head, but you can keep them from building a nest in your hair.”

Life is about choices. Every choice we make either aligns us closer with the Light, or pulls us down a little deeper into the dark.

But choices aren’t always easy to make. As human beings, we want stability. We enjoy the comfort zone. Which is why, when temptation first flies past, we don’t budge.

Temptation perches on our head, twigs in its beak, ready to build a nest. Things are falling into place, but they are the wrong things. Do we sit there and allow ourselves to be destroyed, or do we get up and shake it off?

I’m only a Spiritual messenger, healer and Lightworker. I’m not God, and I certainly don’t have the right to tell you what to do. I can only light the way ahead for you – you alone have the power to stop the birds from building nests in your hair, and to make the right choices when the wrong things fall into place.

Remember: even in the midst of hurt, confusion and darkness, you are still loved by Spirit. The Universe is always extending Her hand to help if you’re willing to take it. You’re not alone, and you’re not forsaken.

Perhaps the birds have been flying over your head a little too often recently. Possibly you’ve allowed one to hop on your shoulder. Maybe right now there are a couple on your head and you just overheard them discussing interior designs and the price of twigs.

Whatever your situation, do what you must do. Be brave, and be blessed.


The stories on this website (including the above recounts) are based on Kelly’s personal and professional experiences as a lightworker. Some details have been changed to protect the identities of the individuals involved.